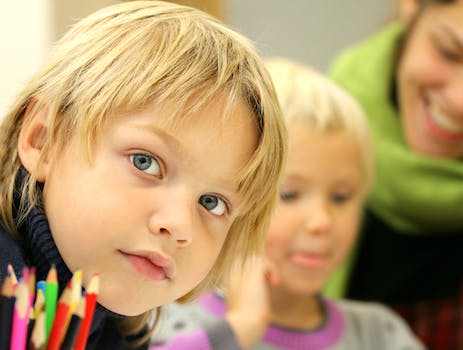 More and more studies in the fields of audiology and speech-language pathology began confirming the lack of validity of APD as a standalone (or useful) diagnosis. To illustrate, in June 2015, the American Journal of Audiology published an article by David DeBonis entitled: “It Is Time to Rethink Central Auditory Processing Disorder Protocols for School-Aged Children.” In this article, DeBonis pointed out numerous inconsistencies involved in APD testing and concluded that “routine use of APD test protocols cannot be supported” and that [APD] “intervention needs to be contextualized and functional” (DeBonis, 2015, p. 124)

Furthermore, in April 2017, an article entitled: “AAA (2010) CAPD clinical practice guidelines: need for an update” (also written by DeBonnis) concluded that the “AAA CAPD guidance document will need to be updated and re-conceptualised in order to provide meaningful guidance for clinicians” due to the fact that the “AAA document … does not reflect the current literature, fails to help clinicians understand for whom auditory processing testing and intervention would be most useful, includes contradictory suggestions which reduce clarity and appears to avoid conclusions that might cast the CAPD construct in a negative light. It also does not include input from diverse affected groups. All of these reduce the document’s credibility.”

In April 2016, de Wit and colleagues published a systematic review in the Journal of Speech, Language, and Hearing Research. They reviewed research studies which described the characteristics of APD in children to determine whether these characteristics merited a label of a distinct clinical disorder vs. being representative of other disorders.  After a search of 6 databases, they chose 48 studies which satisfied appropriate inclusion criteria. Unfortunately, they unearthed only one study with strong methodological quality. Even more disappointing was that the children in these studies presented with incredibly diverse symptomology. The authors concluded that “The listening difficulties of children with APD may be a consequence of cognitive, language, and attention issues rather than bottom-up auditory processing” (de Wit et al., 2016, p. 384).  In other words, none of the reviewed studies had conclusively proven that APD was a distinct clinical disorder.  Instead, these studies showed that the children diagnosed with APD exhibited language-based deficits. In other words, the diagnosis of APD did not reveal any new information regarding the child beyond the fact that s/he is in great need of a comprehensive language assessment in order to determine which language-based interventions s/he would optimally benefit from.

Now, it is important to reiterate that students diagnosed with “APD” present with legitimate symptomology (e.g., difficulty processing language, difficulty organizing narratives, difficulty decoding text, etc.). However, all the research to date indicates that these symptoms are indicative of broader language-based deficits, which require targeted language/literacy-based interventions rather than recommendations for specific prescriptive programs (e.g., CAPDOTS, Fast ForWord, etc.) or mere in-school accommodations. Unfortunately, on numerous occasions when the students do receive the diagnosis of APD,  the testing does not “dig further,” which leads to many of them not receiving appropriate comprehensive language-literacy assessments.  Furthermore, APD then becomes the “primary” diagnosis for the student, which places SLPs in situations in which they must address inappropriate therapeutic targets based on an audiologist’s recommendations.  Even worse, in many of these situations, the diagnosis of APD limits the provision of appropriate language-based services to the student.

Since the APD controversy has been going on for years with no end in sight despite the mounting evidence pointing to the lack of its validity, we know that SLPs will continue to have students on their caseloads diagnosed with APD. Thus, the aim of today’s post is to offer some constructive suggestions for SLPs who are asked to assess and treat students with “confirmed” or suspected APD.

The first suggestion comes directly from Dr. Alan Kamhi, who states: “Do not assume that a child who has been diagnosed with APD needs to be treated any differently than children who have been diagnosed with language and learning disabilities” (Kamhi, 2011, p. 270).  In other words, if one carefully analyzes the child’s so-called processing issues, one will quickly realize that those issues are not related to the processing of auditory input  (auditory domain) since the child is not processing tones, hoots, or clicks, etc. but rather has difficulty processing speech and language (language domain).

If a student with confirmed or suspected APD is referred to an SLP, it is important, to begin with formal and informal assessments of language and literacy knowledge and skills. (details HERE)   SLPs need to “consider non-auditory reasons for listening and comprehension difficulties, such as limitations in working memory, language knowledge, conceptual abilities, attention, and motivation (Kamhi & Wallach, 2012).

After performing a comprehensive assessment, SLPs need to formulate language goals based on determined areas of weaknesses. Please note that a systematic review by Fey and colleagues (2011) found no compelling evidence that auditory interventions provided any unique benefit to auditory, language, or academic outcomes for children with diagnoses of (C)APD or language disorder. As such it’s important to avoid formulating goals focused on targeting isolated processing abilities like auditory discrimination, auditory sequencing, recognizing speech in noise, etc., because these processing abilities have not been shown to improve language and literacy skills (Fey et al., 2011; Kamhi, 2011).

Instead, SLPs need to target we need to focus on the language underpinnings of the above skills and turn them into language and literacy goals. For example, if the child has difficulty recognizing speech in noise, improve the child’s knowledge and access to specific vocabulary words.  This will help the child detect the word when the auditory information is degraded.  Child presents with phonemic awareness deficits? Figure out where in the hierarchy of phonemic awareness their strengths and weaknesses lie and formulate goals based on the remaining areas in need of mastery.  Received a description of the child’s deficits from the audiologist in an accompanying report? Turn them into language goals as well!  Turn “prosodic deficits” or difficulty understanding the intent of verbal messages into “listening for details and main ideas in stories” goals.   In other words, figure out the language correlate to the ‘auditory processing’ deficit and replace it.

It is easy to understand the appeal of using dubious practices which promise a quick fix for our student’s “APD deficits” instead of labor-intensive language therapy sessions. But one must also keep something else in mind as well:   Acquiring higher order language abilities takes a significant period of time, especially for those students whose skills and abilities are significantly below age-matched peers.

There you have it!  Students diagnosed with APD are best served by targeting the language and literacy problems that are affecting their performance in school.

3 thoughts on “Treatment of Children with “APD”: What SLPs Need to Know”