You’ve received a referral to assess the language abilities of a school aged child with suspected language difficulties. The child has not been assessed before so you know you’ll need a comprehensive language test to look at the child’s ability to recall sentences, follow directions, name words, as well as perform a number of other tasks showcasing the child’s abilities in the areas of content and form (Bloom & Lahey, 1978).

But how about the area of language use? Will you be assessing the child’s pragmatic and social cognitive abilities as well during your language assessment? After all most comprehensive standardized assessments, “typically focus on semantics, syntax, morphology, and phonology, as these are the performance areas in which specific skill development can be most objectively measured” (Hill & Coufal, 2005, p 35).

This means that popular comprehensive language such as Comprehensive Assessment of Spoken Language-2 or the Test of Language Development-4 will not contain subtests assessing pragmatics and social competence. The Clinical Evaluation of Language Fundamentals-5 (CELF-5) which contains a Pragmatics Profile, does NOT really taps into the child’s social language competence since it does NOT directly test the child’s social language skills but rather assesses them via a parental/teachers questionnaire. Even the Test of Integrated Language and Literacy, which contains the Social Communication (SC) subtest can be passed by a number of students quite easily despite presenting with notable and easily evidenced social communication deficits.

Thus, many children can attain average scores on comprehensive language tests yet still present with pervasive social language deficits. That is why it’s very important to thoroughly assess social communication separately and not merely document your observations regarding the child’s behavior in the ‘background information’ section of the report.

But why should we? Can this one area really make such a difference? Well, turns out that it can! Numerous researchers have found a strong connection between language impairment (LI) and social deficits.  Paul, Looney, & Dahm (1991) found that late talkers as young as 18 months of age evidence peer socialization difficulties.  Early social difficulty such as difficulty with initiating and participating in play with peers may place toddlers at risk for later social rejection. As these children enter preschool they run the risk of being less socially accepted (Gertner, Rice, & Hadley, 1994) then typically developing peers. By the time children with language difficulties enter early elementary grades, the gap widens as they begin to manifest greater and greater difficulties in the area of social functioning (Fujiki, Brinton, Isaacson, & Summers, 2001).

So how can we administer balanced comprehensive evaluations which encompass assessment of the child’s social pragmatic skills? For starters, we need to do some prep work and establish prior to testing that this area is indeed affected and requires looking into.  I personally dislike wasting time, which is why prior to my assessments, I ask both the parent and the teacher to fill out checklists, which I’ve developed, specifically for this purpose.  On these multiple page checklists (separate for preschool and school aged children), I have 5 areas related to social pragmatic functioning:

After a specific checklist is returned to me, I make decisions regarding whether part of my testing will be devoted to assessment of the child’s social pragmatic language skills and if so, what type of testing will be appropriate in such case? If social pragmatic assessment is needed, the latter becomes fairly apparent after I observe the child (e.g., in the classroom, during free period) as well as during the administration of the comprehensive language testing.

There are quite a few, but for the purposes of this post, I’ll just mention some of the ones that I use on daily basis for children whose ages range from toddlerhood through adolescence.

For toddlers 18 -47 months of age, I highly recommend the Language Use Inventory (LUI) (O’Neil, 2009) which is administered in the form of a parental questionnaire.   Aimed at identifying children with delay/impairment in pragmatic language development it contains 180 questions and divided into 3 parts and 14 subscales including:

For preschoolers ages 4 and up, the Children’s Communication Checklist-2 U.S. Edition (CCC-2) is quite useful. This 70 item norm referenced instrument (given to the parent to rate) is divided into 10 scales, 4 of which (E, F, G & H) address pragmatic aspects of communication, while another two (I & J) assess behaviors commonly impaired in children with Autism Spectrum Disorders (Bishop, 2006; 2000). 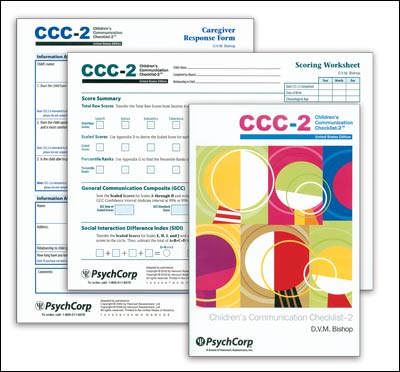 For school aged children 6-12 years of age, the following standardized instruments tend to be fairly effective in teasing out social pragmatic language deficits:

*It is important to note that the TOPL-2 is best suited for children who either have impaired cognitive abilities (<70 IQ) or who have severely impaired perspective taking abilities, since this test is primarily composed of questions dealing with rules of polite conduct and involves very limited perspective taking.  Children with average IQ but significant word-retrieval deficits may also fair poorly on this test, if they are unable to coherently verbalize their answers to presented questions.

**Similarly the Social Emotional Evaluation (SEE) is best suited for children with impaired cognition and moderately impaired perspective taking abilities, since much of the test involves recall of facial expressions, as well as identification and recognition of common emotions and emotional reactions. The subtest “Understanding Conflicting Messages” may be limitedly useful for administration with higher functioning children.

For students 7-18 years of age the Clinical Assessment of Pragmatics (CAPs) is another good instrument sensitive to the assessment of social rules, irony, sarcasm, figurative language as well as comprehension and elicitation of nonverbal body language.

For school aged children 12-18 years of age I typically use the following standardized instruments (unless they are significantly impaired in the area of pragmatics, in which case I’ll use the TOPL-2):

Some of you may wonder why I included the test of Listening Comprehension on this list. Well for those of you who are unfamiliar with this test, it has paragraph based questions, which require synthesis of presented information to identify main ideas. In other words the test assesses the student’s ability to engage in Gestalt Processing, or recognizing the “big picture” in messages, stories, or announcements. I also use it because it assesses problem solving and inferencing abilities, empathy and decision making in older children, so it’s a very useful instrument to have in your tool kit if you are working with language impaired adolescents.

When it comes to informal assessment of social language competence I often use materials from the following sources with children of various ages: 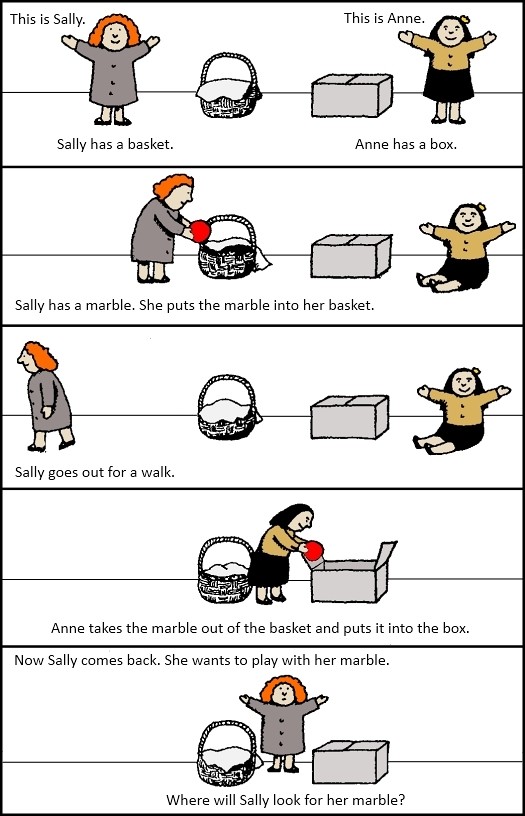 These are aimed at assessing the client’s perspective taking abilities, Theory of Mind, comprehension of non-literal language, positive and negative emotions, ability to produce coherent and cohesive narratives, as well as other abilities related to social competence. Of course I always exercise caution when using the above materials and instruments when assessing social pragmatic abilities of bilingual and multicultural children, since oftentimes extreme caution will be needed when reporting data and interpreting performance outcomes in order to avoid bias.

Also, when evaluating social pragmatic abilities, I typically attempt to use multiple assessment tasks to create a balanced assessment. I try to ensure that my assessments are functional, meaning that during my assessment I determine the child’s strengths and not just weaknesses. That is because I am looking for diagnostic information needed to formulate treatment goals, and if I just uncover weaknesses across the board, it’s quite difficult to find the starting point to initiate therapy. I also make sure that I add a descriptive portion to the report in addition to documenting standard scores, in order to objectively describe the child’s deficit areas.

Social pragmatic assessments are an integral part of language evaluations. After all so much of our students’ success depends not on their standardized tests scores but on their social skills (Lleras, 2008).