Lately I’ve been seeing quite a few speech language therapy reports with minimal information about the child in the background history section of the report. Similarly, I’ve encountered numerous SLPs seeking advice and guidance relevant to the assessment and treatment of difficult cases who were often at a loss when asked about specific aspects of their client’s background family history in order to assist them better. They’ve never delved into it beyond a few surface details!

Some even questioned: “What is the big deal? I am testing the child anyway? Isn’t their performance is what matters the most?

The truth is that in far too many cases background history collection is just as important if not more important than the actual testing process. Take look at a few of the below case studies to see what I mean.

Early Intervention: “I have no idea why your child isn’t speaking so I bet it’s CAS”.

A few months ago a parent sought me out for a second opinion evaluation. Her adorable, adopted 2.5 year old girl, who had been receiving early intervention services for several months prior, still “wasn’t speaking”, and the treating therapist had no idea why.  Understandably the parent was feeling very frustrated since she was being told by the SLP that her child “probably has apraxia of speech” but no concrete evidence was being offered to her to either support or refute that diagnosis.

The original speech language evaluation didn’t contain any relevant background history details, so prior to seeing a child for a reassessment I sent detailed intake questionnaires to the parent asking in depth questions regarding the child’s biological parents (which was accessible to the adoptive parents).  After a little digging, it turned out that both biological mother and grandmother of the child had significant language delays and started speaking after the age of 3. The child’s biological mother was even reported to “make up her own language” to such an extent that the family had to interpret her words.

Sure enough about 10 minutes into the assessment after meeting and interacting with the child I knew that she presented with a severe phonological disorder. She was actually chattering quite a bit with appropriate prosody, pitch and loudness, good range of vowels as well as frequent spontaneous verbalizations. She was just very unintelligible due to decreased phonetic inventory and phonotactic repertoire as well as simplification of sound sequences.  This diagnosis also explained why she wasn’t making any progress in speech therapy. The treating therapist was not  using appropriate intervention strategies relevant to the treatment of her phonological disorder. After appropriate interventions were implemented, therapy gains were seen on the first session. 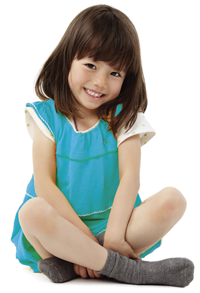 Recently, I was asked to perform a second opinion evaluation on a bilingual 4.5 year old preschooler, whose parents were concerned about his language abilities and pre-academic readiness.  This child had previously been assessed by the school district SLP and found to be not eligible for services. At that time the assessing clinician judged that the child’s limited English proficiency was due to limited English exposure and stronger primary language, stating that given English language immersion, the child will ‘catch-up’.  However, the parents became very concerned when after a 1.5 years of significant English immersion in a private preschool, the child still continued to fall further and further behind both monolingual and bilingual peers with respect to language abilities and academic performance.

The first thing I did following the evaluation referral was look over the child’s initial evaluation report to review the findings. While the report contained observations, as well as formal and informal testing results, it contained no information regarding this child’s background history beyond the minimal requisite blurb in the beginning of the report explaining why the child was referred for an assessment. So I asked the parents to fill out the intakes pertinent to the child’s early language development as well as family history.  Lo and behold, parental input revealed a family history of reading and learning disabilities on maternal side of the family, as well as history of  late primary language development.  The reassessment confirmed my suspicions. The child’s language difficulties were not due to a language difference but to a legitimate language disorder, which originated in the child’s primary language and later transferred to English. After therapy services were implemented and the necessary support to the child was provided, immediate gains were noted. A few years ago, I received a referral from a psychiatrist to perform a social pragmatic language evaluation on a post-institutionalized, internationally adopted early elementary aged child, who had been displaying significant behavioral difficulties at school. Review of available school records indicated that the child’s academic performance was at grade level and his general language abilities have been assessed a few years prior to the present referral and were found to be within normal limits as well. The child’s ‘misbehaviors’ were described by school staff (as per intake) as significant overactivity, difficulty with transitions, difficulty “winding down”, tantrums when ‘he doesn’t get what he wants’, inappropriate interruptions of others, as well as ‘excessive emphasis on own agenda’.  Brief phone interviews with the SLP who performed the original language assessment, the classroom  teacher and the  school psychologist revealed a similar theme: “There’s nothing wrong with his language, he is just acting out when he doesn’t get his way.

Since the school based language assessment did not contain any of the child’s background pre-and post adoption history (nor did the school have any of these records) I asked the child’s parents to provide me with this information, prior to initiating my assessment. In addition to a variety of useful documents the pre-adoption records contained a court order from the child’s birth country, which stated that prior to the orphanage placement, the child’s biological mother’s rights were revoked by the court due to alcohol abuse and child neglect. Coupled with parental interviews regarding this student’s post adoption language development, this information revealed to me that the child wasn’t merely ‘misbehaving’ but probably had undiagnosed alcohol related deficits, which were adversely impacting his academic functioning in the school.

A language reassessment did confirm the presence of significant social pragmatic language deficits. A subsequent referral to the relevant medical team also substantiated the diagnosis of alcohol related disability, which was not readily apparent due to the child’s age as well as relatively high academic and linguistic functioning. After the child began receiving social pragmatic therapy services and relevant behavior management techniques were implemented, many of the above described behaviors significantly improved.

I use these three examples to illustrate a point. In all three cases, thorough background history collection provided the key to the puzzle of what was wrong with each child.  However, without knowing this history these children would have continued to struggle due to lack of appropriate diagnoses and relevant targeted interventions.

That is why it is critical that SLPs and other related professionals (e.g., psychiatrists, psychologists, social workers, etc) obtain a detailed background information of the child’s early development and family history as it will allow them to make an appropriate and accurate diagnosis of the child’s difficulties, which will in turn allow the child to receive relevant classroom placement, appropriate accommodations and modifications as well as targeted and relevant therapeutic services.

3 thoughts on “Why Developmental History Matters: On the Importance of Background Information in Speech-Language Assessments”