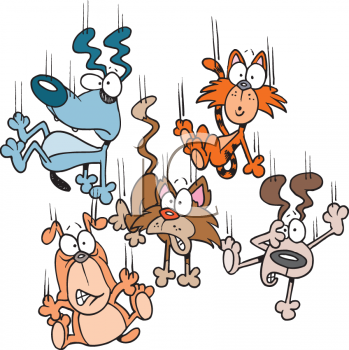 Description: According to the manual CELF–5M was created to “identify students 9-21 years old who have not acquired the expected levels of communicative competence and metalinguistic ability for their age” (pg. 1).  In other words the test targets higher level language skills beyond the basic vocabulary and grammar knowledge and use.  The authors recommend using this test with students with “subtle language disorders” or “those on the autism spectrum”.

The Metalinguistics Profile subtest of the CELF-5:M is a questionnaire (filled out by caregiver or teacher) which targets three areas: Words, Concepts, and Multiple Meanings; Inferences and Predictions; as well as Conversational Knowledge and Use.  Its aim is to obtain information about a student’s metalinguistic skills in everyday educational and social contexts to complement the evidence of metalinguistic strengths and weaknesses identified by the other subtests that comprise the CELF-5:M test battery.

A word of caution,  when giving this profile  to either teachers or parents to fill out,  the SLP must ensure  that no overinflation or underestimation of scores takes place.  Frequently,  some parents may not have a clear understanding  of the extent of their child’s level of deficits.    Similarly, some teachers,  especially those who may not know the child very well,  or those who have worked with a child  for a very short period of time,  may overinflate the scores  when filling out the questionnaire.   However, the opposite may also occur.    A small group of  parents may  underestimate their children’s  abilities,   and provide poor scores   as a result  also not providing an objective picture  of the child’s level of deficits.  In such situations,  the best option may be for the SLP  to fill out the questionnaire   together  with the  parent  or teacher  in order to  provide explanations  of questions in a different categories.

The Making Inferences subtest of the CELF-5:M evaluates the student’s ability to identify and formulate logical inferences on the basis of existing causal relationships presented in short narrative texts. The student is visually and auditorily presented with a particular situation by the examiner. S/he is then asked to identify the best two out of four written answers for the ending and come up with her own additional reason other than the ones listed in the stimulus book.

I must say that this is my least favorite subtest.   Here’s why.  In real life students are not provided with multiple choices  when asked to make  predictions or inferences.   That is why  I do not believe that performance on this subtest  is a true representation of the child’s ability in this area.

The Conversational Skills subtest of the CELF-5:M evaluates the student’s ability to initiate a conversation or respond in a way that is relevant and pragmatically appropriate to the context and audience while incorporating given words in semantically and syntactically correct sentences. S/he are presented with a picture scene that creates a conversational context and two or three words which are also printed above the pictured scene. S/he are then asked to formulate a conversationally and pragmatically appropriate sentence for the given context using all of the target words in the form (tense, number, etc.) provided. The Multiple Meanings subtest of the CELF-5:M evaluates the student’s ability to recognize and interpret different meanings of selected lexical (word level) and structural (sentence level) ambiguities. S/he are presented a sentence (orally and in text) that contained an ambiguity at either the word or sentence level. S/he are then asked to describe two meanings for each presented sentence.

Errors can result due to difficulty interpreting lexical and structural ambiguities as well as due to an inability to provide more than one interpretation to presented multiple meaning words.

Based on testing the following long-term goal can be generated:

It can also yield the following short-term goals What I am concerned about:

Consequently the CELF-5: M administration is not for everyone. As mentioned before I would only administer portions of this test to higher functioning  (but not too high functioning) students undergoing language assessment for the first time or to higher functioning students receiving a re-evaluation, who have previously passed the Clinical Evaluation of Language Fundamentals-5 with ease. This test would not be appropriate for Severely Challenged and Challenged Social Communicators (see Winner, 2015)

I would also not administer this test to the following populations:

I would not administer the CELF-5:M to the latter two groups of students due to significantly increased potential for linguistic and cultural bias stemming from lack of previous knowledge and exposure to popular culture as well as idiomatic expressions.

I would also not administer this test to Nuance Challenged Social Communicators (Winner, 2015). Specifically to Socially Anxious and Weak Interactive Social Communicators (Winner, 2015). These are the students with average or above average verbal language abilities most of whom did not have language delays when they were young. They have a ‘well-developed social radar’ and they’re highly aware of other people feelings and thoughts. However they have difficulties navigating subtle social cues of others. As a result this particular group of students tends to score quite on metalinguistic and social pragmatic testing of reduced complexity yet still present with pervasive social pragmatic language deficits.

This test allows me to identify more subtle language-based difficulties in verbal children with average to high average intelligence (or Emerging Social Communicators as per Winner, 2015) who present with metalinguistic and social pragmatic language weaknesses in the following areas:

Overall, this is an nice test to have in your assessment toolkit. Consequently,if SLPs exercise caution in test candidate selection they can obtain very useful information for metalinguistic and social pragmatic language treatment goal purposes.

3-1-19 Update: Since this review was written in October 2014, I have reviewed other tests, including the Clinical Assessment of Pragmatics (CAPs), which can be substituted and effectively used to delve into metalinguistic abilities of students with social communication difficulties. As such, while I still use the Multiple Meanings  and the Figurative Language subtests of the CELF-5M rather frequently due to its suitability for a select number of students that I assess, given its described limitations,  I would approach its purchase with caution, if it were the only test to be owned by the therapist for the purpose of assessment (it’s perfectly suitable as part of a battery but not as a standalone and only option).

Disclaimer: The views expressed in this post are the personal opinion of the author. The author is not affiliated with Pearson in any way and was not provided by them with any complimentary products or compensation for the review of this product.

4 thoughts on “Test Review of CELF-5 Metalinguistics: What SLPs Need to Know”