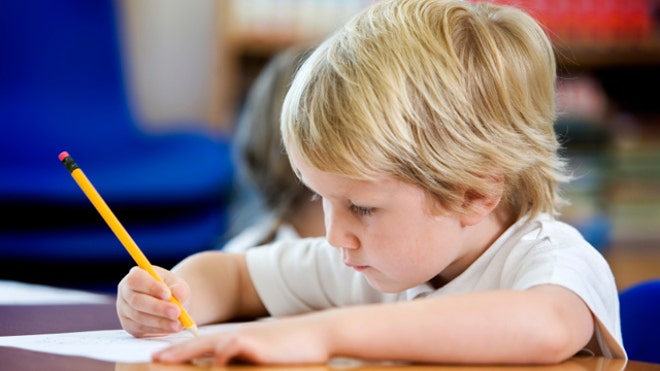 Understanding the extent of speech and language delays in older internationally adopted children: Implications for School Based Speech and Language Intervention.

According to US State Department statistics, over 11,000 children were adopted internationally in the year 2010, with 2,803 of those children being school-aged (between 5-17 years old). Despite a staggering 50% decline in overall inter-country adoptions in the last 10 years, statistics on adoption of older children continue to remain steady (appropriately 3,000 older children were adopted each year, for the past decade). (Retrieved from http://adoption.state.gov/about_us/statistics.php Jul 29, 2011).

Subsequent to the school aged child’s arrival to US, one of the first considerations that arises, secondary to health concerns and transitional adjustments, is the issue of schooling and appropriate school based services provision. In contrast to children adopted at younger ages, who typically have an opportunity to acquire some English language skills before an academic placement takes place, older international adoptees lack this luxury. Unfortunately, due to their unique linguistic status, many school districts are at a loss regarding best services options for these children.

Despite the prevalence of available research on this subject, one myth that continues to persist is that older internationally adopted children are “bilingual” and as such should receive remedial services similar to those received by newly entering the country bilingual children (e.g., ESL classes).

It is very important to understand that most internationally adopted children rapidly lose their birth language, sometimes in as little as several months post arrival (Gindis, 2005), since they are often adopted by parents who do not speak the child’s first language and as such are unable/unwilling to maintain it. Not only are these children not bilingual, they are also not ‘truly’ monolingual, since their first language is lost rather rapidly, while their second language has been gained minimally at the time of loss. Moreover, even during the transition period during which international adoptees are rapidly losing their native language, their birth language is still of no use to them, since it’s not functional in their monolingual, English speaking only, home and school environments. As a result of the above constraints, select researchers have referred to this pattern of language gain, as “second, first language acquisition” (e.g., Roberts, et al., 2005), since the child is acquiring his/her new language literally from scratch.

This brings me to another myth, that given several years of immersion in a new language rich, home and school environments, most internationally adopted children with (mild) language delays will catch up to their non-adopted monolingual peers academically, without the benefit of any additional services.

This concept requires clarification, since the majority of parents adopting older children, often have difficulty understanding the extent of their child’s speech and language abilities in their native language at the time of adoption, and the implications for new language transference.

Research on speech language abilities of older internationally adopted children is still rather limited, despite available studies to date. Some studies (e.g., Glennen & Masters, 2002; Krakow & Roberts, 2003, etc) suggest that age of adoption is strongly correlated with language outcomes. In other words, older internationally adopted children are at risk of having poorer language outcomes than children adopted at younger ages. That is because the longer the child stays in an institutional environment the greater is the risk of a birth language delay. Children in institutional care frequently experience neglect, lack of language stimulation, lack of appropriate play experiences, lack of enriched community activities, as well as inadequate learning settings all of which have long lasting negative impact on their language development. It is also important to understand that language delays in birth language transfer and become language delays in a new language. These delays will typically continue to persist unless appropriate intervention, in the form of speech language services, is provided.

So what are the options available to parents adopting older school age children with respect to determination of their child’s speech and language abilities?

For starters, at the time of adoption, it is very important to gain as much information regarding their child’s birth language abilities (and academic abilities, when applicable) as possible. In many older children (3+ years of age), speech and language delays in birth language (e.g., sound and word mispronunciations, limited vocabulary, grammatical errors, inability to answer simple or abstract questions, short sentence length) can be easily determined based on orphanage staff interviews, observations, and/or review of documentation included in the adoption record. In the Russian Federation, for example, speech language pathologists are assigned to orphanages, so when working with older international adoptees from the Russian Federation, one often finds a short statement in adoption records stating that the child presented with a speech and language delay for which he was receiving services.

If possible, prior to adoption, parents may wish to explore the option of obtaining an independent comprehensive speech language evaluation of the child’s birth language abilities, while the child is still located in the birth country. The above may be significant for a number of reasons. Firstly, it will allow the parents to understand the extent of the child’s language delay in their birth tongue. Secondly, it will increase the parents’ chances of obtaining school based remediation services for their child once they arrive to US.

In the absence of qualified speech pathologists attached to the orphanage or conclusive interviews with medical professionals, paraprofessionals, and teachers (lack of availability, language barrier, time constraints, etc) regarding the child’s speech and language development, it will be very helpful for parents to videotape the child during speaking tasks. Most parents who request pre-adoption consultations are well familiar with videotaping, requested by various pre-adoption professionals (pediatricians, psychologists, etc) in order to review the child’s presenting appearance, fine and gross motor skills, behavior and social skills as well as other areas of functioning. Language video samples should focus on child’s engagement in literacy tasks such as reading a book aloud (if sufficiently literate), and on speaking activities such as telling a story, recalling an episode from daily life or a conversation with familiar person. In the absence of all other data, these samples can later be analyzed and interpreted in order to determine if speech language deficits are present. (Glennen, 2009)

Parents need to understand that internationally adopted children can often be denied special education services in the absence of appropriate documentation. Such denials are often based on misinterpretation of the current IDEA 2004 law. Some denials may be based on the fact that once these children arrive to US, it is very difficult to find a qualified speech language pathologist who can assess the child in their birth language, especially if it’s a less commonly spoken language such as Amharic, Kazakh, or Ukrainian. Additionally, schools may refuse to test internationally adopted children for several years post arrival, on the grounds that these children have yet to attain “adequate language abilities in English” and as such, the testing results will be biased/inadequate, since testing was not standardized on children with similar linguistic abilities. Furthermore, even if the school administers appropriate testing protocols and finds the child’s abilities impaired, testing results may still be dismissed as inaccurate due to the child’s perceived limited English exposure.

To continue, some options in locating a speech pathologist in the child’s birth country include consulting with the adoption agency or the local pediatrician, who is providing medical clearance for the child. However, it is very important that the speech language pathologist be licensed and reputable, as unqualified professionals will not be able to make appropriate diagnostic interpretations and suggestions, and may provide erroneous information to the parent.

If the parents are unable to obtain the relevant report in the child’s birth country, the next viable option is to obtain a comprehensive speech language assessment upon arrival to US, from a qualified professional who is well versed in both: the child’s native language as well as speech and language issues unique to assessment of internationally adopted children. Please note that the window of opportunity to assess the school age child in his/her native language is very narrow, as birth language attrition occurs within literally a matter of several months post adoption and is more rapid in children with delayed and disordered speech and language abilities (Gindis, 1999, 2005, 2008).

If the presence of a speech language delay has been confirmed (e.g., documented in adoption paperwork, interpreted through video samples, supported by a psycho-educational assessment, etc) the next step is to request the relevant speech language services for your child through the school system. Typically school administration will ask you to produce such a request in writing. One such letter template is available through the Post Adoption Learning Center (see link below). This template, complete with relevant references, can be modified to each child’s unique circumstances, and submitted along with supporting paperwork (e.g., speech-language, psycho-educational reports) and available video samples. In cases of services denials, an educational attorney specializing in educational policy relevant to international adoptions may need be consulted.

Once the child is qualified for appropriate speech language services in the school system it is also important to understand that language acquisition occurs in a progression, with social language (CLF) preceding cognitive language (CLM) (Gindis, 1999). Communicative Language Fluency (CLF) is language used in social situations for day-to-day social interactions. These skills are used to interact at home, on the playground, in the lunch room, on the school bus, at parties, playing sports and talking on the telephone. Social interactions are usually context embedded. Because they occur in meaningful social contexts they are typically not very demanding cognitively and the language required is not specialized. These language skills usually emerge in internationally adopted children as early as several months post adoption. Once these abilities emerge and solidify it is very important for speech language pathologists not to dismiss the child from services but to continue the treatment and focus it in the realm of cognitive/ academic language.

Cognitive Language Mastery (CLM) refers to language needed for formal academic learning. This includes listening, speaking, reading, and writing about subject area content material including analyzing, synthesizing, judging and evaluating presented information. This level of language learning is essential for a child to succeed in school. Language impaired children adopted at older ages need time and support to become develop cognitive language and become proficient in academic areas, an ability which usually takes a number of years to refine. Before discharging the child from therapy services it is very important that their cognitive/academic language abilities are assessed and are found within average limits.

Understanding the extent of speech language delay in internationally adopted older children AND factors pertaining to appropriate remediation are crucial for delivery of relevant (and meaningful to the child) speech language services as well as ensuring their continued academic success in school setting.

• Gindis, B. (2005). Cognitive, language, and educational issues of children adopted from overseas orphanages. Journal of Cognitive Education and Psychology, 4 (3): 290-315.

• Intercountry Adoption Bureau of Consular Affairs US Department of State Retrieved on Jul 29, 2011 from http://adoption.state.gov/about_us/statistics.php

• Muchnik, M. How to request speech/language services for your child. Retrieved on Aug 2, 2011 from http://www.bgcenterschool.org/FreePresentations/P8-Speech-language-support.shtml

Bio: Tatyana Elleseff MA CCC-SLP is a bilingual speech language pathologist with a full-time affiliation with University of Medicine and Dentistry of New Jersey and a private practice in Somerset, NJ. She received her Master’s Degree from New York University and her Bilingual Extension Certification from Columbia University. Currently she is licensed by the states of New Jersey and New York and holds a Certificate of Clinical Competence from American Speech Language and Hearing Association. She specializes in working with bilingual, multicultural, internationally and domestically adopted at risk children with complex medical, developmental, neurogenic, psychogenic, and acquired communication disorders. For more information about her services call 917-916-7487 or visit her website: www.smartspeechtherapy.com