United States boasts an impressive Russian-speaking population.  Numerous Russian-Americans live in various parts of the country with large concentrations in states such as New York, New Jersey, Pennsylvania, Ohio, Washington, Oregon, Illinois, California, and Florida, with smaller numbers found in most of the remaining states. According to the 2010 United States Census the number of Russian speakers was 854,955, which made Russian the 12th most spoken language in the country (link to statistics).

Given the above, it is very likely that speech-language pathologists (SLPs) will encounter their share of Russian-speaking clients during the course of their career.   Hence, the aim of this post is to provide some suggestions regarding assessment of bilingual Russian-American birth-school age population in order to assist SLPs with determining whether the assessed child presents with a language difference, insufficient language exposure, or a true language disorder.

I would like to begin by discussing some common Russian-American child-rearing practices pertinent to bilingual language development. Many Russian-American families want their children to know and speak Russian in addition to English and often take special efforts to unsure that this happens.   One common language learning practice in many Russian-American families is to speak only Russian to the children until they reach preschool/early school age, and English is introduced to them in school. Furthermore, families, in which one parent doesn’t speak Russian, often tend to utilize the one parent/one language approach and expose their children to Russian and English simultaneously.   Even after the children begin attending school and learning English, many families will continue to support Russian by sending them to Russian speaking schools on the weekends for enrichment activities or Russian-speaking camps in the summer.

Thus, some Russian-American children entering preschool may present with very limited English exposure.  In order for the speech-language pathologists to determine whether these children present with insufficient language exposure or true language impairment, some knowledge regarding the differences between the English and Russian languages is recommended.

Here the SLP needs to bear in mind that there are some fundamental differences between Russian and English sound systems. While there are 33 consonants and 7 allophones in Russian, it lacks 5 English consonants: /w/, /Ɵ/, /ð/, /ŋ/ and /h/  (Gildersleeve-Neumann & Wright, 2010).  Given the above it is common for new language learners to omit or substitute these sounds with similar sounds from their repertoire until they achieve sound mastery (given adequate period of exposure). As compared to English, Russian contains numerous palatalized (soft) sounds, which are produced high in the mouth towards the palate (Zharkova, 2005). Therefore palatalization of sounds in English may at times occur in a number of Russian speakers as a temporary feature of second language acquisition.

All consonants in Russian occur in the initial, medial and final position in words with the exception of voiced obstruents, which in English occur voiced and unvoiced in the final word position. Given the above, consonant omissions and substitutions as well as voicing and devoicing errors in Russian speaking toddlers and preschoolers need to be carefully analyzed in order to determine whether they are developmentally appropriate or potentially represent speech sound errors in need of remediation.

Russian vowel inventory is significantly smaller as compared to English, and contains only 5 phonemes: /a/, /e/, /i/, /o/, /u/. There are no tense/lax vowel contrasts in Russian, and word stress does affect vowels when it comes to volume and length. Vowels in unstressed syllables are generally reduced to one of three sounds: /i/, /Ə/, /a/ (Gildersleeve-Neumann & Wright, 2010). Consequently, it is fairly common for emerging second language speakers to make vowel and prosodic (stress) errors in conversational exchanges.

Russian also has significantly more syllables in words as compared to English and contains on average 3-8 syllables per word.  It is also not uncommon for Russian words to contain consonant clusters between 2-4 consonants in length (Lindblom & Maddieson, 1988).  Given the above, if a Russian-American child  is exhibiting the phonological processes of weak consonant deletion and cluster reduction beyond the age when it has been suppressed in his/her English speaking peers, therapeutic intervention is merited.

Below is a comparison of Russian/English sound inventory (Nevryanskiy, 2013) Thus it is common for Russian-American toddlers and preschoolers with limited exposure to English to demonstrate a number of speech sound errors including phoneme palatalization, substitution, final consonant devoicing, as well as vowel errors (Gildersleeve-Neumann & Wright’s 2010).   However, Russian-American children should not differ significantly in their overall production complexity as compared to English only speaking peers.  Consequently, Russian-American children who present with numerous sound errors in Russian or who make a greater number of developmental errors as compared to English speaking peers may present with a speech sound disorder and require therapeutic intervention (Gildersleeve-Neumann & Wright’s 2010).

English and Russian languages have very different grammar systems. Russian conveys meaning through changes in the composition of words (e.g., adding prefixes and suffixes, inflections, etc). Its word order is interchangeable. In contrast to English, you can use Subject-Verb-Object or Object-Verb-Subject order and still convey the same meaning.

As compared to English, Russian lacks articles, has no verb –be, lacks progressive forms, lacks inflections for people and numerals, lacks pronoun –there and has compulsory use of multiple negation. Consequently, due to significant differences between both languages, some common cross-linguistic errors may be expected for Russian-American language learners. These would include article omissions (e.g., “she has job”), use of multiple negation, wrong tense sequences, misuse of prepositions, wrong order of adjectives in sentences, as well as usage of count vs. non count nouns (e.g., furnitures, hairs, etc). Additional errors may constitute usage of gender nouns with neutral words (referring to he/she when speaking re: inanimate objects), omission of helping verbs in negative statements (“I no understand”), omission of copulas –is (e.g., “she thirsty”), and lack of subject verb inversion to formulate questions (e.g., “when he will be home”?) (Andrews, 2001; Levitsky, n.d).

However, vocabulary use among Russian and English speakers does not differ significantly. So if on vocabulary testing a Russian-American child is unable to label words appropriately, it may be either due to lack of adequate exposure to L2 or word retrieval deficits (as long as the latter presents in Russian as well).

Thus, when assessing the language abilities of preschool or school-aged Russian-American children it is very important to carefully interview the parents in order to find out about the child’s developmental milestones in Russian.   Children who presented with delayed language milestones in their birth language (e.g., limited vocabulary, poor grammar, decreased sentence length, etc) should be considered as having a true language disorder and receive appropriate services. In contrast, Russian-American children who presented with normal language development in Russian and are only reported to evidence difficulties in English (as per classroom teacher) should be considered as typical second language learners and should receive ESL services (vs. speech language therapy), if possible, in order to obtain sufficient second language exposure (click to learn more about second language acquisition stages).

While there are a number of social pragmatic language differences between both cultures, it is important to understand that true social pragmatic deficits will stand out in both settings: school and home/community.   Both parental and teacher’s reports need to be taken into consideration as well as child observations in several settings (classroom-structured tasks, lunchroom/recess-unstructured tasks). Finally, the child’s ability to interact with peers vs. staff should also be noted.

Areas to focus on:

Depending on the child’s age and length of exposure to English, a standardized social language assessment may be considered (e.g., Social Language Development Test), although the results may need to be interpreted with caution. 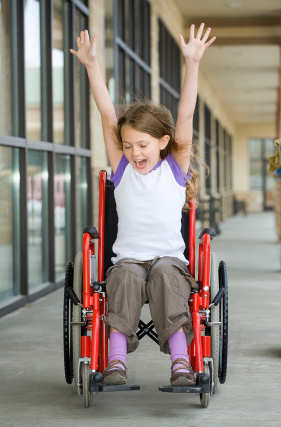 In Russia, all forms of disability (e.g., Down syndrome, Cerebral Palsy, blindness, paralysis due to accidents, etc) are viewed as severely stigmatizing (Phillips, 2009). There, people with disabilities (with and without impact on cognitive abilities) continue to face a range of barriers that limit their participation in society including lack of access to appropriate healthcare (e.g., diagnosed as uneducable based on brief examinations), confinement to institutions, as well as lack of access to inclusive classrooms (e.g., teachers and university directors are unaware and misinformed about disability issues) (Andreeva, et al, 2007; Phillips, 2009).

Depending on the severity of the child’s diagnoses (e.g., articulation vs. autism), some Russian-American parents may react negatively when informed by a school that a Child Study Team assessment and/or special education placement is recommended for their child.  They may over rely on the “wait and see” approach and/or display reluctance in agreeing with school recommendations due to a belief that the child’s placement in special education “will permanently go on the record” and negatively affect the child’s life both academically and socially for many years to come. Consequently, it is very important for professionals to perform comprehensive non-biased testing as well as to carefully explain rationale and long term goals/objectives for any school based therapeutic services in order to eliminate any misconceptions on the part of the parents.  It is important to note that once the rationale/recommendations are accepted, many Russian-American parents become excellent advocates for their children and will be very involved in obtaining appropriate services as well as performing carryover activities at home (e.g., request homework, extra work, etc).

It is very important to emphasize that the distinction between language difference and language disorder should be determined by looking at “the language norm of the student’s speech community” (Wolfram, Adger, & Christian, 1999, 165).  SLPs must collect a detailed background history of referred child in order to determine whether the child’s deficits were noted / suspected in Russian or only began when he/she started acquiring English. Remember, true language based deficits will develop in first language and will be present in both languages (Rosenberry –McKibben, 2002).

5 thoughts on “Working with Russian-speaking clients: implications for speech-language assessment”