Please note that this post was originally published in the Summer 2016 NJSHA’s VOICES (available HERE).

If you have been keeping up with new developments in the field of bilingualism then you’ve probably heard the term “translanguaging,” increasingly mentioned at bilingual conferences across the nation.  If you haven’t, ‘translanguaging’ is the “ability of multilingual speakers to shuttle between languages, treating the diverse languages that form their repertoire as an integrated system” (Canagarajah, 2011, p. 401).   In other words, translanguaging allows bilinguals to make “flexible use their linguistic resources to make meaning of their lives and their complex worlds” (Garcia, 2011, pg. 1).

Wait a second, you might say! “Isn’t that a definition of ‘code-switching’?” And the answer is: “No!”  The concept of ‘code-switching’ implies that bilinguals use two separate linguistic codes which do not overlap/reference each other.   In contrast, ‘translanguaging’ assumes from the get-go that “bilinguals have one linguistic repertoire from which they select features strategically to communicate effectively” (Garcia, 2012, pg. 1).  Bilinguals engage in translanguaging on an ongoing basis in their daily lives. They speak different languages to different individuals, find ‘Google’ translations of words and compare results from various online sites, listen to music in one language but watch TV in another, as well as watch TV announcers fluidly integrate several languages in their event narratives during news or in infomercials (Celic & Seltzer, 2011).   For functional bilinguals, these practices are such integral part of their daily lives that they rarely realize just how much ‘translanguaging’ they actually do every day. 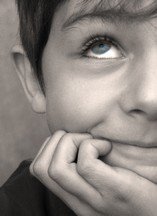 One of the most useful features of translanguaging (and there are many) is that it assists with further development of  bilinguals’ metalinguistic awareness abilities by allowing them to compare language practices as well as explicitly notice language features.   Consequently, not only do speech-language pathologists (SLPs) need to be aware of translanguaging when working with culturally diverse clients, they can actually assist their clients make greater linguistic gains by embracing translanguaging practices. Furthermore, one does not have to be a bilingual SLP to incorporate translanguaging practices in the therapy room. Monolingual SLPs can certainly do it as well, and with a great degree of success.

Here are some strategies of how this can be accomplished. Let us begin with bilingual SLPs who have the ability to do therapy in both languages. One great way to incorporate translanguaging in therapy is to alternate between English and the desired language (e.g., Spanish) throughout the session. Translanguaging strategies may include: using key vocabulary, grammar and syntax structures in both languages (side to side), alternating between English and Spanish websites when researching specific information (e.g., an animal habitats, etc.), asking students to take notes in both languages or combining two languages in one piece of writing.   For younger preschool students, reading the same book, translated in another language is also a viable option as it increases their lexicon in both languages.

Those SLPs who treat ESL students with language disorders and collaborate with ESL teachers can design thematic intervention with a focus on particular topics of interest. For example, during the month of April there’s increased attention on the topic of ‘human impact on the environment.’  Students can read texts on this topic in English and then use the internet to look up websites containing the information in their birth language. They can also listen to a translation or a summary of the English book in their birth language. Finally, they can make comparisons of human impact on the environment between United States and their birth/heritage countries.

As we are treating culturally and linguistically diverse students it is important to use self-questions such as: “Can we connect a particular content-area topic to our students’ cultures?” or “Can we include different texts or resources in sessions which represent our students’ multicultural perspectives?” which can assist us in making best decisions in their care (Celic & Seltzer, 2011).

We can “Get to know our students” by displaying a world map in our therapy room/classroom and asking them to show us where they were born or came from (or where their family is from). We can label the map with our students’ names and photographs and provide them with the opportunity to discuss their culture and develop cultural connections.  We can create a multilingual therapy room by using multilingual labels and word walls as well as sprinkling our English language therapy with words relevant to the students from their birth/heritage languages (e.g., songs and greetings, etc.).

Monolingual SLPs who do not speak the child’s language or speak it very limitedly, can use multilingual books which contain words from other languages.  To introduce just a few words in Spanish, books such as ‘Maňana Iguana’ by Ann Whitford Paul, ‘Count on Culebra’ by Ann Whitford Paul, ‘Abuela’ by Arthur Doros, or ‘Old man and his door’ by Gary Soto can be used. SLPs with greater proficiency in a particular language (e.g., Russian) they consider using dual bilingual books in sessions (e.g., ‘Goldilocks and the Three Bears’   by Kate Clynes, ‘Giant Turnip’ by Henriette Barkow. All of these books can be found on such websites as ‘Amazon’ (string search: children’s foreign language books), ‘Language Lizard’ or ‘Trilingual Mama’ (contains list of free online multilingual books).

It is also important to understand that many of our language impaired bilingual students have a very limited knowledge of the world beyond the “here and now.”  Many upper elementary and middle school youngsters have difficulty naming world’s continents, and do not know the names and capitals of major countries.  That is why it is also important to teach them general concepts of geography, discuss world’s counties and the people who live there, as well as introduce them to select multicultural holidays celebrated in United States and in other countries around the world.

All students benefit from translanguaging! It increases awareness of language diversity in monolingual students, validates use of home languages for bilingual students, as well as assists with teaching challenging academic content and development of English for emergent bilingual students.  Translanguaging can take place in any classroom or therapy room with any group of children including those with primary language impairments or those speaking different languages from one another. The cognitive benefits of translanguaging are numerous because it allows students to use all of their languages as a resource for learning, reading, writing, and thinking in the classroom (Celic & Seltzer, 2011).

2 thoughts on “Embracing ‘Translanguaging’ Practices: A Tutorial for SLPs”